Saddle Nose Deformity And Its Correction

Saddle nose deformity is not a disease it the clinical description/ appearance of the nose that occurs occurs following loss of support of the nose from destruction of the nasal septum. This lack of support produces a typical concavity to the bridge of the nose in side (profile) view – like the shape of a horse’s saddle, hence the term ‘saddle nose deformity’. This deformity progressively causes increased breathing difficulties for the patient and the appearance is quite distressing for most patients.

Any process that weakens the septum can produce a saddle nose deformity:

Correcting the saddle requires rebuilding of the septum to re-support the mid portion of the nose. We do this by taking cartilage grafts from ears or from your rib cartilage.

There are various grading systems to saddle nose deformity. The majority can be corrected in a one-stage procedure as a day case patient. Extreme cases may require more than one stage to successfully reconstruct the nose. 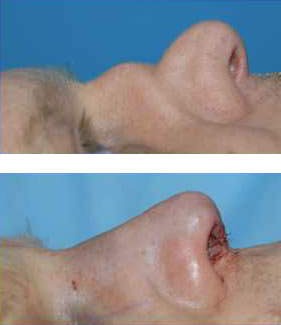 Nasal collapse from a vasculitic process which has produce a severe septal saddle nose deformity, reconstructed with rib cartilage in one operation. 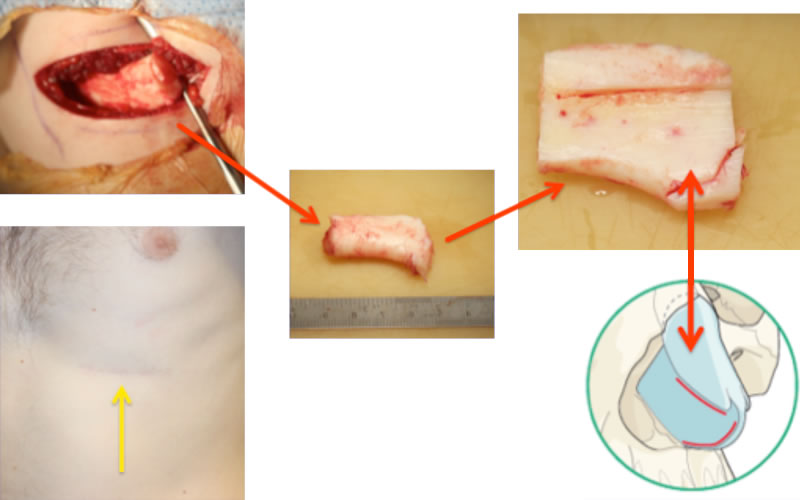 If necessary rib cartilage can be taken and sculpted to completely replace all of the septum and upper laterals if required as shown above. Yellow arrow indicates healed scar, in women this scar is hidden under the breast crease (without changing the shape of the breasts).